True Wireless Stereo (TWS) earbuds continue to grow as one of the fastest-growing segments of the Wearable market. IDC reports that in 2020, the “Hearables” portion of the Wearable market will reach 234.3 million units and is projected to grow to 396.6 million units in 2024, representing a CAGR of 14.1%. Not only that, TWS has become even more relevant in the face of a global pandemic that requires many to work and learn from home. It was only a few years ago that cumbersome corded, over-ear headphones were all that was available. Today, cordless earbuds are the new standard and are only becoming more popular.

Introduction of the Apple AirPods

How did this wave of change in the Hearable market arise? In September 2016, Apple did the unthinkable and released the iPhone 7 without the ubiquitous 3.5mm headphone port. While many questioned, and even mocked, the wisdom of such a move that would require consumers to use their lightning port as the audio jack, Apple disrupted the market again three months later with the introduction of the 1st generation AirPods. Bluetooth® wireless technology had reached the point in which it became good enough to broadcast CD-quality, high-bitrate stereo to independent, small form-factor headphone pairs for hours at a time.

Apple’s iconic pole-shaped industrial design and colossal marketing campaign were the catalysts in bringing a niche market to the mainstream. 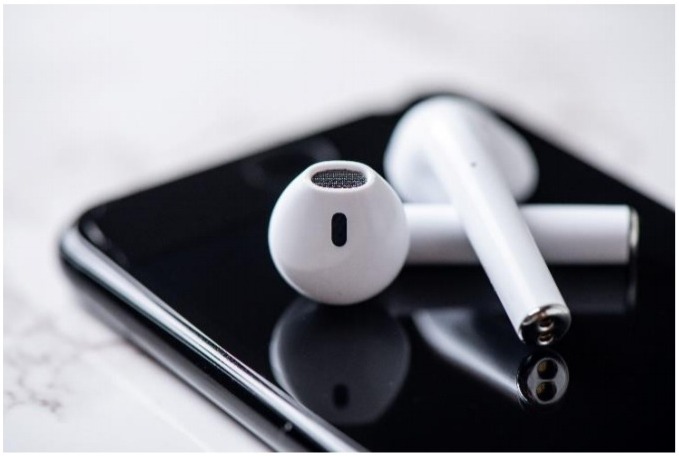 Companies such as Samsung, Xiaomi, Bose, Microsoft, and a whole host of others have emerged to participate in this rapidly expanding market segment, each with their own take on how to make the product increasingly appealing to consumers. They compete to improve product attributes such as battery life, audio controls, in-ear detection, sound quality, aesthetics, ergonomics, and price point, while constrained by one constant: the size of the human ear. Additional functionality cannot come at the expense of increased size which would make the TWS earbuds bulky and uncomfortable to wear. Implementation of these advanced features in such a constrained form factor require a new Human Machine Interface (HMI) to allow consumers access to enhanced functionality, such as Active Noise Cancellation (ANC), without any mechanical buttons which are simply too large for the vast majority of these TWS designs.

The Need for Force

While Apple’s AirPods employed a unique “pole” shape to create the extra space needed for both the antenna and force-sensitive solid-state button, many other manufacturers have adopted a pole-less “in-ear” design for earbuds. Many of these designs employed capacitive touch sensors; however, the capacitive layer and antenna are known to cause interference with each other. Because of this, many of these designs were forced to increase the surface area to accommodate the separation of the capacitive sensor from the antenna to reduce the performance impact from this negative interaction. Unfortunately, this change to the industrial design was not able to solve the other significant challenge capacitive sensing faces: a degraded user experience from false actuations. Capacitive has no ability to detect “intent” to differentiate between a button push or a user simply adjusting their earbud in their ear nor does it detect touches in wet or gloved conditions. Several manufacturers are now exploring alternative technologies to achieve their vision of a significantly smaller footprint while continuing to expand both functionality and sound quality for their customers.

Some alternatives to mechanical buttons and capacitive sensors include strain gauges, accelerometers, and force-based solutions. At first glance, strain gauges perform a similar function, however they have low sensitivity and require a microcontroller (MCU) for digital post-processing to overcome the lack of sensitivity in the analog domain. Consequently, strain gauges unnecessarily take up too much real estate and are not cost-competitive due to the required MCU. Accelerometers have infrequently been used as a “double-tap” function on TWS earbuds, but users complain that the stronger taps necessary are too uncomfortable and unreliable.

As a result, the most compelling solid-state solution for button replacement is NextInput’s MEMS-based ForceTouch™ with a 50-65% smaller footprint (1.7mm2 ) compared to the alternatives discussed above. 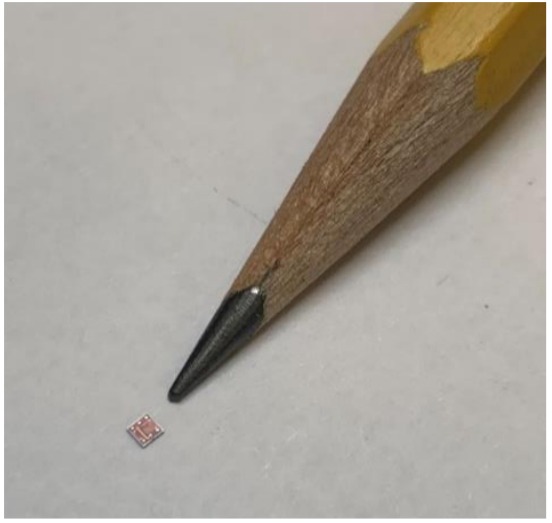 NextInput’s MEMS is 100% immune from RF interference, easily integrated into small formfactor waterproof designs, and features fully adjustable, multi-level actuation for any desired user interface. Additionally, with the ability to be used with any material and ultra-low power NextInput’s ForceTouch™ Solution as compared to a pencil tip. Solution size: 1.33mm x 1.33mm x 0.22mm operating modes starting at <1µA, ForceTouch is well positioned to be the dominant button technology in the years to come. NextInput is a proven, high-volume supplier having recently surpassed 30 million units shipped, thus allowing OEMs to integrate ForceTouch into their designs with utmost confidence in a robust supply chain.

Another key function in the TWS HMI is in-ear detection. In-ear detection provides contextual awareness (i.e. the system automatically knows to pause the music when the earbud is removed from the ear). Capacitive has been a common choice due to low cost, however, it continues to suffer from the same problems of increased size, inconsistent performance in the presence of moisture, and RF interference as discussed previously. Alternatively, IR is a smaller and more reliable solution for in-ear detection, as featured in products like Google’s Pixel Buds. However, beyond the cost disadvantage to capacitive, existing IR solutions are power hungry and require a bulky light-guide boot to be installed alongside the sensor for proper operation. On December 7, 2020, NextInput announced a new, disruptive IR sensor that consumes 83% less power, is 25% smaller, and has no requirement for a light-guide. NextInput’s IR solution is positioned to serve both high-end and cost-sensitive TWS market segments and is now sampling to key customers for evaluation.

TWS earbuds are still in their adolescence with significant growth forecasted in the years ahead. As companies compete to capture this lucrative market, a strong focus will be placed on improving the HMI to ensure an immersive user experience by overcoming the barriers posed by capacitive touch. Future hearables will increasingly need to include more functions in a finite amount of space, while simultaneously extending battery life. Ideal earbuds will be reliable in diverse environments and provide better sound fidelity. As TWS producers think beyond the status quo as Apple did when it originally released its segment-defining AirPods, they are taking note of NextInput’s ForceTouch and digital in-ear detection solutions to reimagine how the user will interact with their devices. As the TWS market continues to advance, NextInput will be a key enabler of this evolution with its disruptive HMI platform that will bring a superior user experience to billions of consumers worldwide.